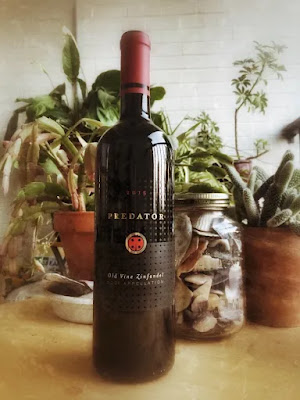 Back in the day, I used to buy a lot of wine at a liquor store in Frederick, Maryland called the Frederick Wine House. It would always show up on my bank statement as the Frederick Wine Ho, which then became its nickname.
One day on a trip to the Frederick Wine Ho in search of a different Old Vine Zinfandel, which they didn't have, the sales lady turned me on to a new Old Vine Zin featuring an adorable lady bug on the label. It was called Predator.
"It's smokey and tastes like bacon", she exclaimed with a level of enthusiasm that meant she wasn't just making it up.
"You had me at ladybug", I replied.
Clearly I had to try the wine that tastes like bacon, even if it was $15, so I brought a bottle home with me.
Predator is a sub-brand of the Rutherford Wine Company and they are well known for their sustainability practices that include using natural predators such as lady bugs, instead of harmful pesticides, to control the grape-eating insects in their vineyards. 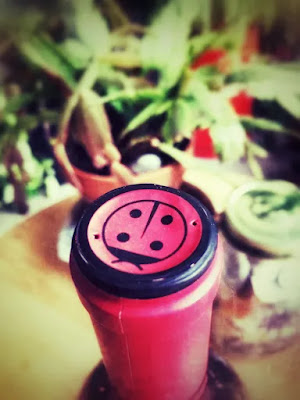 While privately hoping that the secret ingredient in this bacon brew was not ladybugs, I could hardly wait to pull the cork and give it a taste.
To say that Predator Old Vine Zinfandel is smokey and tastes like bacon is an almost comical understatement. The flavors are quite pronounced and, because of that, it's a love it or hate it concoction.
Johnpaul didn't like it at all, but I wasn't dissuaded. I really liked it!
Just imagine a cast iron skillet filling the kitchen of a mountain cabin with the aroma of freshly cooked bacon. Yeah, it's like that. 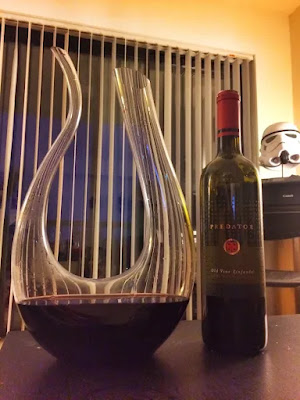 Predator Old Vine Zinfandel clocks in at 14.5% Alc/Vol and is aged in French and American Oak. The website doesn't say anything about the bacon qualities of this wine. Instead, it goes on about raspberry, blackberry, pepper and oak but they are wrong, it tastes like bacon.
Labels: Old Vine Zinfandel Red Wine Wines from California Wines from Lodi California
Location: New Mexico, USA 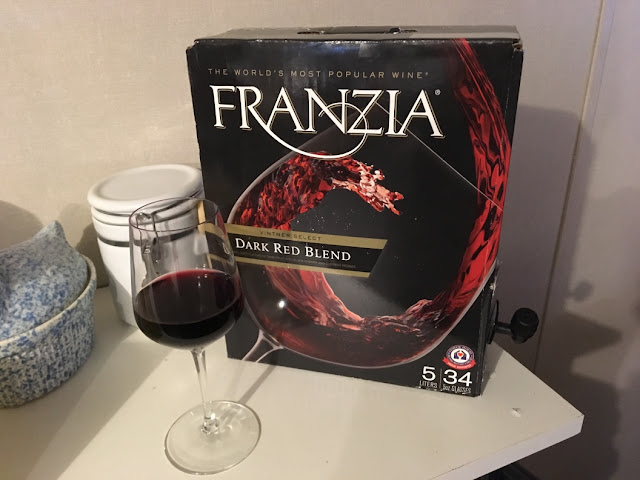 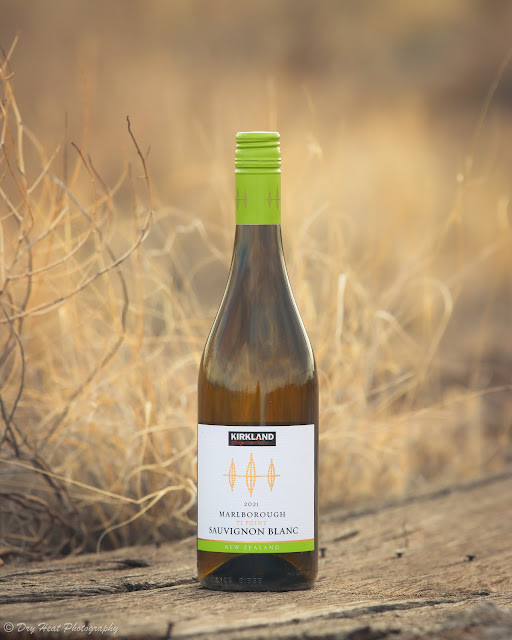